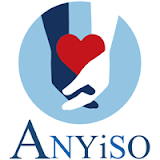 When I started using pen in my primary school, If i make a mistake, I would try hard to erase it before submitting to my teacher.
Sometimes, I used chalk to clean my mistake but it later re-appeared.
So I began to use saliva, it worked, but only to leave holes in my books.
My teachers then used to beat me for my books being dirty. But all I tried to do was to cover my error.
One day, a kind hearted teacher who loved me so much called me aside and he said, " Anytime you make a mistake, just cross it and move on" .
He said further " Trying to erase your mistakes would only damage your book to nothing.
I told him in protest that I don't want people to see my mistake.
My loving teacher laughed and said " Trying to erase your mistake will make more people know about your mess and the stigma is for life".
Have you made some mistakes in life? Cross it over and move on.
Don't expose yourself as a result of trying to cover your mistakes.
Better things are ahead of you.
Always learn from your mistakes and do not allow them to weigh you down
Strike your past mistakes and move into future with a fresh note


EFFECTS OF CHILDHOOD OBESITY AND THE ROLE OF STAKEHOLDERS


Childhood obesity is a serious medical condition which affects children. Although once considered a problem in high income countries childhood obesity is dramatically on the rise in low and middle income countries (WHO, 2016). It is particularly worrying because the extra weight gained is a pre- condition for children on the route to health problems that were once considered adult problems such; as high blood pressure, diabetes, cancer, cardiovascular diseases and high cholesterol.

Obesity is defined as a Body Mass Index (BMI) at or above 95th percentile for children and teens of the same age and sex (British Medical Association, 2015) Considering the global scale of the problem, childhood obesity, and its complications are being managed in many health and social care environments regardless of the geographical location. Studies show that childhood obesity increases day by day in various parts of the world (Cancer Research UK, 2016). According to Royal College of Paediatrics and Child Health (RCPCH), Scotland has the highest rate of childhood obesity in the UK and in the OECD Countries.

In some societies today, obesity is associated with social isolation, psychological dysfunction, and bullying. (Wang, Patterson and Hills, 2003). Social isolation, loneliness, discrimination, behavioural problems, and poor health conditions are major challenges to obese children and as a result, some adolescents with obesity condition complete fewer years of schools and sometimes seek alternative such as home schooling (Popkin, 1998). Behavioural problems at school can lead to a child from missing out a vital opportunity to social skills in life and this may limit the potential for learning about some skills and gaining information that could contribute to good health. Obese children that have experienced behavioural problems in schools and their environment tend to have lower educational outcomes, lower adult social class, higher likelihoods of smoking, and psychological distress in adulthood (Popkin,1998). Law (2001) notes that loneliness and social isolation operate at individual, community, local, political, cultural, and wider societal level.

Services provided by the public sectors, voluntary sectors, private sectors, community and third sectors may have potential impact on reducing and preventing social isolation, loneliness, and creating awareness of the causes and consequences of childhood obesity.
In Scotland and most countries in the developed world, childhood obesity and its underlying causes are not well reported and experts believe that easy access to cheap and highly-energy foods are highly marketed to people without considering their consequences (NHS, 2013). An organisation known as “Foresight” was contacted by the British government to review obesity, its findings shows that most adults in Britain are already overweight and that by 2050, 50 % of women, 60% of men and 40% of children could be clinically obese. Without action, extra costs of £45.5 billion could be spent to treat obesity related illnesses within 1 year. It also suggests that preventing childhood obesity is a societal challenge similar to climate change and requires partnership between government, science, business, and the civil society.

However, if all stakeholders and government departments are able to work together on this public health issues, obesity prevention actions would be more efficient and effective for the population they are aimed at helping. There is a need for an all-inclusive and multi-sector approach to childhood obesity prevention which includes environmental and social policy drivers, addressing the commercial and healthcare for affected individuals. Due to the diverse and complex determinants of childhood obesity as well as varying influences on food choice and physical activity, simultaneous actions to tackle the problem are needed. When stakeholders such as the national, private sectors, sub-national, local governments, non -governmental, civil societies, public health sectors, internationals, and regional organisations such as UNICEF, WHO, WORLD BANK are involved in the development and planning of actions to reduce childhood obesity, these representatives can increase the effectiveness and likelihood for the changes that are needed.

Also, potential effective plans can be applied targeting physical activities. Considering the Scottish weather, more free indoor activities should be promoted, and more healthy eating awareness workshops should be carried out for both the children and their parents. These prevention strategies can be initiated at home, preschool institutions, schools, or after-school care services as natural setting to influence diet and physical activities for children.

The government is responsible for protecting and taking preventing actions on people’s health both on a national and community level. The government is a key stakeholder since it regulates policies and has the leadership positions across all sectors of government and across departments such as the treasury, health, and agriculture, as such should make “hard” policy approaches to reduce and prevent childhood obesity.

Inequality in the education of male and female children is a national issue predominantly in developing countries. To every child education is important whether boy or girl. Sadly, some communities still discriminate against the education of the girl child. Around the world, about 57 million children does not go to school. In a report by United Nation Education Scientific and Cultural Organisation (UNESCO, 2011) titled “Children still battling to go to school,” 95% of the 28.5 million children that are not in primary school education lives in low and lower income countries of which 44% are from Sub-Sahara Africa, 19% South and West Asia and 14% in Arab states, girls are always the victims of rape, and sexual violence and this makes up the 55% of the total.

An African proverb says “if we educate a boy, we educate one person. If we educate a girl we educate a family and a nation.” As many claim, “investing in a girl’s education is investing in a nation.” (Malala Yousafzai address to the UN Youth Assemble, July, 2013).
This is so because an educated girl child is more likely to ensure that her children are educated and this will be passed onto the nation. In a report by a charitable organisation “Theirworld” 2016, it is argued that more than 40% of girls that lives in Sub-Saharan Africa are married off before the age of 18 and this deprives them of their education, childhood, and health. Early marriages in girls also increases the likelihood of sexual violence, HIV and these girls are put at risks of serious injury and death during child birth.
Most economists agreed that it is the human resources of a nation, and not its capital and material possessions that governs the character and pace of its social and economic development. As such the main institutional device needed for the proper development of human ability, talent and knowledge is formal education and the most important device for attaining a justifiable national development in most civilised countries of the world is also, education.

The importance of girl child education cannot be overemphasised as it provides knowledge to the inexperienced and help them develop physically, mentally, psychologically, emotionally, spiritually, economically, and politically. Education is a process which enables a young girl to acquire knowledge, realise her true potentials thereby using them for self-actualisation and enabling her not only to be useful to herself but to others and to her society. Sadly, almost 70% of most African population lives in poverty and girls are being sent to hawk on the street in other to make ends meet. This have also lead to early marriages, teenage pregnancy, V V F, and religious misconceptions.

Education is a tool to self actualisation and national development, lets support and encourage the education of the girl child today.